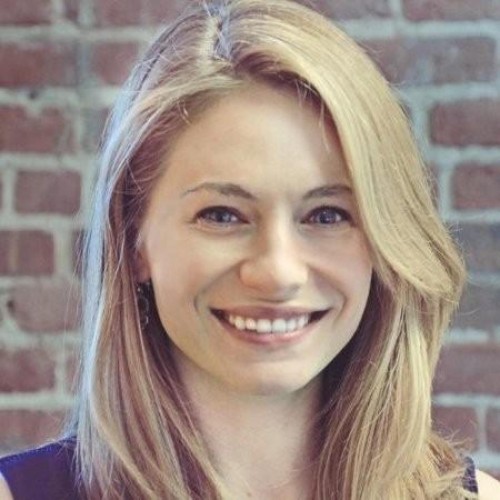 Jon Cousins is founder of Moodscope, an online mood tracking tool and community.  We grilled him on the benefits of mood tracking, the Hawthorne effect, and user engagement.

What are the top benefits of mood tracking?
I think the single biggest advantage of tracking your mood is that it gives you a sense of perspective. One can tend to live in the moment and forget that it hasn’t always been like this, particularly if you’re going through a rough patch. Keeping a record of your mood gives you incontrovertible evidence that things have been better in the past. And if that’s true, it surely gives you hope that life can get better again in the future.

It also feels as though there’s real value in quantifying your mood, pinning a number on what can otherwise seem like a very intangible quality. Without some kind of measure, how will you know whether you really do or don’t feel different from yesterday?

How does the social element of Moodscope drive results?
When Jonny, a friend, asked to see my own daily mood scores, I discovered by accident that this process in and of itself led to big improvements in my mental wellbeing. We arranged that he’d receive an automatic notification every time I recorded a score, which meant that he could offer a degree of support if I needed it, but without me having to ask for it.

If my mood took a tumble, Jonny would ask why, sometimes simply sending a one-character email message – ‘?’. I’d then try to rationalize and explain the cause of my low mood, which nearly always helped me to externalize my feelings as a natural response to some adverse kind of experience.

This externalization really helped. It’s common to do just the opposite when you’re depressed – to assume that your low mood is entirely self-driven, rather than being caused by events that are at times beyond your control.

Working on Moodscope, a psychologist friend pointed me in the direction of The Hawthorne effect, a phenomenon which suggests that people tend to respond positively to believing that they’re being observed, or feeling that someone’s taking an interest in them. Sometimes the mere belief of this can be enough to promote positive behavioral change.

So to some degree, a friend actually needs to do very little in practical terms to bring about change for the better.

Who do you think makes the best “buddy” on Moodscope?
Some people ask a mental health professional to act as their Moodscope buddy (a buddy being someone who receives automated notifications of a person’s scores) but you don’t actually need training to be a good buddy.

So what do you need? For a start, there are practical requirements in as much as many people who’ve asked a friend to become their buddy will probably appreciate a relatively swift response (generally by email or SMS) so it helps if Moodscoper and buddy are in approximately the same time zone. If you’re a prolific communicator, you’ll probably be best with someone else who’s also spontaneous with their messages.

Empathy is a great quality in a buddy, so they can – to some degree at least – feel your pain as if it was their own. Having said this, I think there’s also value in having a buddy who may offer a fresh and complementary viewpoint sometimes.

A woman may not understand why her ex-husband behaves the way he does, but a buddy could have helpful insights, for example.

What have you learned about keeping users engaged long-term?
If you want to keep people coming back to use your platform, I think it’s crucial to foster a sense of community. Your users need to feel as if they belong to your service. They need to feel a part of it.

One successful way in which Moodscope achieved this was through very regular, very frequent blog posts. In fact Moodscope’s blog has carried daily posts (Christmas Day included) for over four years.

The publishing process began through another happy accident. Wishing to remind early Moodscope users to record their daily score, we started sending out a daily email. For the first few days, these contained no more than a straightforward reminder, but then we realized we had a golden opportunity to include more content without greatly increasing the workload, so I started writing a daily motivational/affirmative message.

They were written from the heart, speaking as someone who has suffered from depression himself. They seemed to strike a chord with recipients, as many chose to comment on Moodscope’s blog. This, of course, helped to keep people coming back every day, to read the comments, or to add their own thoughts.

Another piece of learning was that people with Moodscope buddies tend to be more engaged than those ‘flying solo’. It may be that having a buddy encourages someone to feel more accountable, so you’re not only letting yourself down by failing to engage with the mood management system, you’re also letting down your buddy.

What are your thoughts about other digital mental health/online tools for mental health such as online therapy? Are there particular companies you are excited about?
I’m pretty convinced that the future for online mental health tools will go in at least two different directions.

First, there will be a market for some means of simply but accurately scoring and tracking mood that’s acceptable to clinicians. Therapists are somewhat reluctantly beginning to accept the need to measure outcomes (i.e. to determine a patient’s state of emotional wellbeing before and after some kind of intervention, such as psychotherapy or medication, in order to have evidence of that intervention’s effectiveness). So I think there’s a need for a standalone ‘clinical’ kind of tool.

The second model is a tool which offers a more comprehensive, holistic therapeutic solution in its own right, which is where we’re headed with our new work. The challenge with this is to avoid cookie-cutter, boilerplate feedback, a mistake I made early on with Moodscope. We produced a ‘construction kit’ of content which was intelligently assembled in response to a users’s mood in such a way that they felt as if they were hearing from a human. Well that was the idea. Of course, people see right through this kind of thing, and you probably end up doing more damage to a tool’s credibility than you might by offering no feedback at all.

While we’re not quite there yet, I don’t think there’s any substitute for interactions between human beings. You don’t, after all, go on Facebook to read automated posts. You want to see what your friends are actually saying. I think there’s something powerful waiting to happen in the peer-support area of mental health, where we’re working.

Tell us about Mood Nudges, your upcoming book.  When can we get a copy?
Moodscope users kept on at me, in the nicest possible way, to gather our daily messages together in the form of a book, so that’s just what we’ve done. ‘Mood Nudges’ is its title, and it’s ready and waiting for a publishing/distribution deal which we hope to finalize in the near future.

Jon Cousins started and ran a successful London ad agency, then in a process of deliberate reinvention he voluntarily closed it on his 40th birthday. After a year’s global wandering he returned to the UK to start a succession of digital businesses working in education, online dating, advertising and (most recently, in the form of Moodscope) mental health.

Moodscope enables people to accurately rate their mood every day, track their scores over time and (if they wish) share them with a few close friends. Moodscope showed that this peer-support process can in and of itself help to lift mood. The startup has attracted considerable international interest, with coverage in The New York Times magazine, The Times and The Independent in London, and on BBC Radio. The University of London’s Institute of Psychiatry has conducted an evaluation, and Moodscope has been endorsed by Britain’s National Health Service.

Jon left Moodscope in May 2013 in order to continue his exploration of ways in which technology can play a part in tackling the huge global mental illness challenge. In October 2013, he packed a suitcase, left the UK, and headed for Silicon Valley. He’s now based in Palo Alto, where he wouldn’t be too unhappy to hook up with a couple of co-founders for his new mood-management enterprise, one with all the right business development skills, the other a scarily-talented tech person. He can be reached at jon@joncousins.com.